Tonner Fall/Holiday Collection is up! Squeal!!!

August 02, 2008
Head on over to Tonner to check out the full Fall/Holiday Collection!

I am only tempted by the Shauna because I like the dress and I still don't have a Shauna/Queen of Hearts sculpt yet.

Wizard of Oz
-A Winkie Guard! The outfit is awesome but it's too bad they did not give him a handsome head sculpt...I would have bought him for sure if he were handsome...
-Ballerina Glinda and Elphaba at a ridiculous $179 price point...cool idea but way way out of my price range. I don't get why these are so expensive when they don't even seem to have the pricier fabrics on the costumes. It does not even look like silk and not a micro-sequin in site. These are both limited to 150 pieces.

JOAN CRAWFORD!!!!!
-Basic Joan...I like this scuplt and I think it really does look like Joan. They got her cheekbones right anyway. She's a brunette.
-Hollywood Starlet is a redhead. I recognized this costume right away. It's the fabulous ruffle portrait collar white chiffon dress with a black belt.
-Cinema Siren is a platinum haired gal with a silver suit with black fur detail.
-Mad About the Hat is another auburn haired in a plummy suit. Another really recognizable fashion worn by Joan.
-Jungle Red is a fabulous outfit. It's a must have for me. It would also look smashing on Wonder Woman! The Joan sculpt also looks amazing in this photo. I think that's the basic doll...she is definitely coming home with me.
-Publicity Shoot is a navy blue suit.
The Joan Crawford line is pretty genius...it will appease the Brenda Starr collectors and might tempt some Gene fans to come on back to Tonner. Bravo Tonner! I definitely hope to pick up the Jungle Red outfit and the basic Joan.

Another comic strip come to life. She is in the Dreamgirls 'medium' skin tone and features a new sculpt. I like the sculpt alot. She might make a nice Vixen for my DC Stars dolls.
-Basic Friday is AWESOME! Great retro hair and a foxy gold bathing suit. the shoes are the boring plastic variety though.
-Thank God it's Friday dressed doll in a micro-sequin mini-dress and gogo boots. She is pretty tempting as well. that mini-dress would look swell on a white skinned Luna.
-Far Out Friday- Super afro and leopard print bell bottom jumpsuit with platform shoes. man these are too fun.
-Funky Friday is a hippy type outfit
-Stellar Stripes is a fun hot pants and long skirt number.
I think the Thank God it's Friday doll might be coming home with me.

Alice in Wonderland
-There's a King and Queen of Hearts dolls. Looks like a brunette Sean with a soul patch and emo haircut and a brunette Sweetheart sculpt. Both seem to be dressed in regency era costumes.

Snow Queen
Wee another fairytale!
-The Snow Queen...doesn't seem to be a new sculpt? Maybe its the same sculpt as the Wicked Witch of the East? Not sure. She has platinum hair and pretty silvery makeup. The outfit has panniers and a great hooded coat.
-Kai in peasant boy wear. Looks like a blonde Marley sculpt.
-Gerda in peasant girl wear looks like a brunette Alice sculpt.
the Queen is very tempting... I might wait and see what else he does with her in the 2009 collection.

Finally we get to see Dick himself!

-Dick Tracy-He has molded hair! That's pretty interesting. The yellow trench and fedora aren't as comic yellow as I thought they'd be. I like him. He has a good older man's face.

So here is the damage that will be done to my bank account in the future:

Maybes...
-I like basic Joan alot...but I am really trying to focus down the collection to the comic stuff and the gothy stuff...so not sure if Joan really fits in.
-Snow Queen...i might wait and see. I like the face paint and sculpt..not completely sold on the outfit.
-Sun Kissed Shauna- i wish she had a different hair color and haircut...love the dress though.
Dolls Tonner

Popular posts from this blog 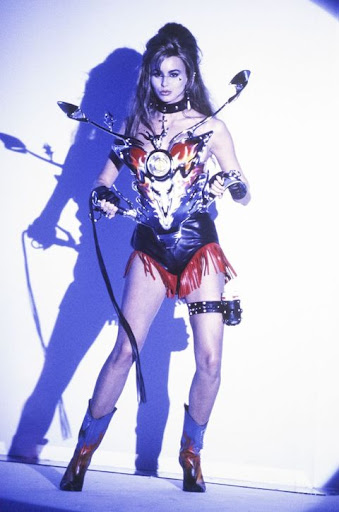 OMG. I die. I absolutely love this whole thing. Totally made for me. I am a huge Mugler geek.  I even recreated the Mugler motorcycle fashion for the Supermodel convention a few years back.
I am also a huge fan of the Anika Luxottica android doll and these gals will fit in perfectly with her.  I even have an extra pair robot limbs to share between some of these dolls too.  I am thinking Dania in particular will look amazing with the robot limbs and the armor.  I hope I can snatch up an extra pair of robot hands for Anika from someone.

Needless to say, I ordered them all.  The prices are hard to swallow but they do have some specialty items to them that I think make the price a touch more understandable.  I have yet to keep a Vanessa 1.0 sculpt so chances are good I will be kicking her to the curb when she gets here...but she is very pretty in the Hungarian tone.  I might have been convinced to keep her if she had black hair...then she would have been a bit more Dita Von Teese with a …
Read more

Well, surprise it's another twin. People on W Club seemed mostly jazzed.  I was like....hmmm. Not sure. It feels like a whole lot of lazy rehash.  That dress seems like a variation on a dress from Luxe Life Eugenia and the jacket is the same one we got on Karolin at Live from Fashion Week (which (I sold off) The hair color is almost identical to the recent Violaine doll (whom I ADORE).  But I do love the mint dress (it has pocketssss!) and shoes quite a bit.
I am not loving the hairstyle at all and would definitely be removing the Snooki pouf hair. I love fantasy hair...but wish it weren't so similar to Violaine.  I've been wanting a minty haired doll...and maybe this one would be a perfect re-root candidate.  So I am still a little undecided.  Someone also pointed out that her stock number (82120A) could possibly indicate a corresponding Lilith version (82120B?) is coming our way (possibly for Dolly days?). Which sort of panic scares me into ordering her...hmmm.
Item #…
Read more 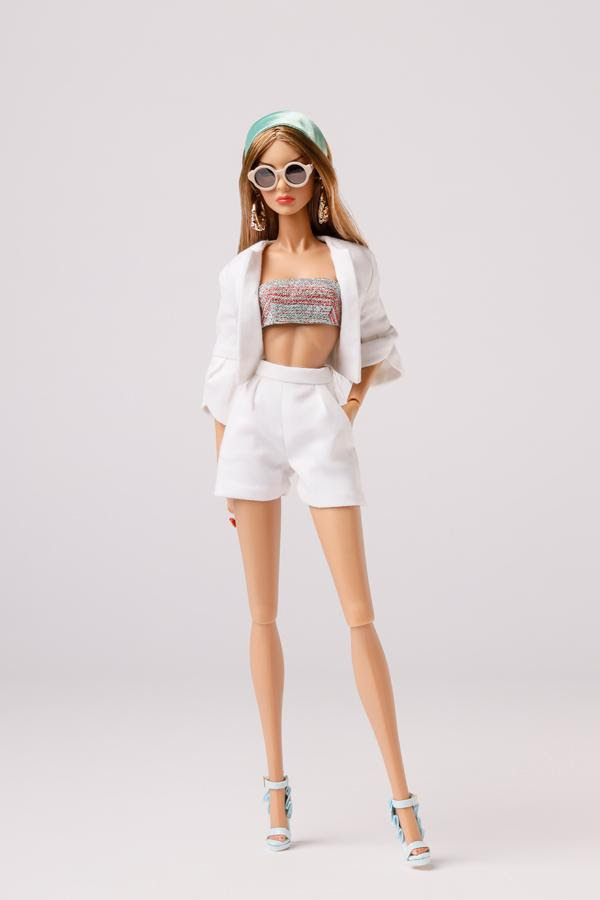 Well, hello there. I've been here since Wednesday afternoon and I am already dog tired from room sales and running around the hotel.  But enough complaining because dolls are afoot...

Item # 91467 Fresh Perspective Baroness Agnes Von Weiss™ Welcome Doll The 2019 Integrity Toys Convention: ﻿Live From Fashion Week Edition Size: 700 Head Sculpt: Agnes Von Weiss Body Type: FR Foot Sculpt:High Heel Skin Tone: Hungarian  Hair Color: Caramel Blonde Eyelashes: Yes Quickswitch: No
The Welcome doll was Agnes.  She is cute but I'm not in love. The streaky silver brocade of the bandeau top is repeated in the collection Eugenia dress.  The same style in black was also used in the OOAK Tulabelle so I wonder if the black version will appear in the dolls for tonight's dinner.  Hmmmm.  I do really like her accessories though.